Friday Night Funnies: You May Live in Canada if...

Arthur is 90 years old. He's played golf every day since his retirement 25 years ago.
One day he arrives home looking sad.

"That's it," he tells his wife. "I'm giving up golf. My eyesight
has become so bad that once I hit the ball I couldn't see where it went."

His wife makes him a cup of tea, and says, "Why don't
you take my brother with you and give it one more try."

"That's no good" sighs Arthur, "your brother's a
hundred and three. He can't help."

"He may be a hundred and three", says the wife,
"but his eyesight is perfect."

So the next day Arthur heads off to the golf course
with his brother-in-law. He tees up, takes a mighty
swing and squints down the fairway.

He turns to the brother-in-law and says,
"Did you see the ball?"

"Of course I did!" replied the brother-in-law.
"I have perfect eyesight".

"Where did it go?" says Arthur.

11 PEOPLE ... ON A ROPE
Eleven people were hanging on a rope, under a helicopter.

The rope was not strong enough to carry them all, so they decided that one had to leave,
Because otherwise they were all going to fall.
They weren't able to choose that person, until the woman gave a very touching speech.

She said that she would voluntarily let go of the rope, because, as a woman, she was used to giving up everything for her husband and kids or for men in general, and was used to always making sacrifices with little in return. 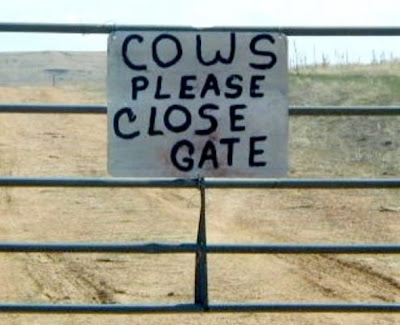 When Canada Was Created

On the sixth day God turned to the Archangel Gabriel and said, 'Today I am going to create a land called Canada. It will be a land of outstanding natural beauty; it shall have tall majestic mountains full of mountain goats and eagles, and beautiful sparkly lakes bountiful with carp and trout. There shall be forests full of elk and moose, high cliffs overlooking sandy beaches with an abundance of sea life, and rivers stocked with salmon.'
God continued, 'I shall make the land rich in oil so to make the inhabitants prosper, I shall call these inhabitants Canadians, they shall be known as the most friendly people on the earth.'
'But Lord,' responded Gabriel, 'don't you think you are being too generous to these Canadians?'
'No, not really.' God replied..........'Just wait and see the neighbours I am going to give them.' 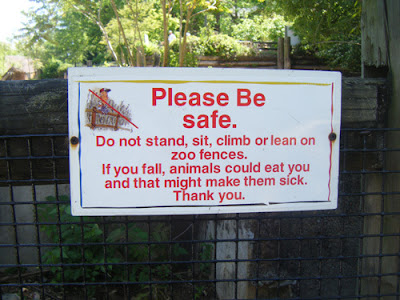 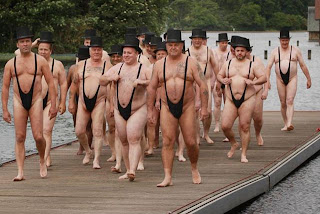 You're  a sick senior citizen and the government says  there is no nursing home available for you. So  what do you do?

Our plan gives anyone 65  years or older a gun and 4 bullets. You are  allowed to shoot four Politicians.

Of  course, this means you will be sent to prison  where you will get three meals a day, a roof  over your head, central heating, air  conditioning and all the health care you  need!   Need  new teeth? No problem. Need glasses? That's  great. Need a new hip, knees, kidney, lungs or  heart? They're all covered. As  an added bonus, your kids can come and visit you  as often as they do now.

And who will be  paying for all of this? It's the same government  that just told you that you they cannot afford  for you to go into a home. 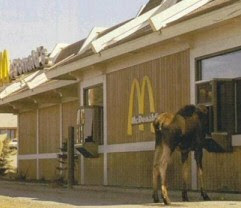 Have a great Canada Day! Fly the flag to show you love Canada!
Posted by hunter at 10:47 PM No comments:

After a very busy day, a commuter settled down in her seat and closed
her eyes as the train departed Montreal for Hudson .

As the train rolled out of the station, the guy sitting next to her
pulled out his cell phone and started talking in a loud voice: “Hi
sweetheart it’s Eric, I’m on the train – yes, I know it’s the six
thirty and not the four thirty but I had a long meeting – no, honey,
not with that floozie from the accounts office, with the boss. No
sweetheart, you’re the only one in my life – yes, I’m sure, cross my
heart” etc., etc.

Fifteen minutes later, he was still talking loudly , when the young
woman sitting next to him, who was obviously angered by his continuous
diatribe, yelled at the top of her voice:  ”Hey, Eric, turn that
stupid phone off and come back to bed!” 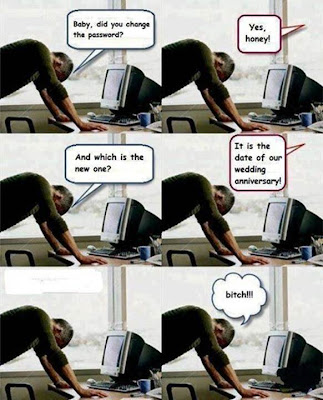 It was entertainment night at the Senior Citizens Center.

Claude the hypnotist explained: "I'm here to put you into a
trance;

I intend to hypnotize each and every member of the audience."

The excitement was almost electric as Claude withdrew a beautiful antique pocket watch from his coat.

"I want each of you to keep your eyes on this antique watch. It's a very special watch.

It's been in my family for six generations."

The crowd became mesmerized as the watch swayed back and forth, light gleaming off its polished surface.
A hundred pairs of eyes followed the swaying watch until, suddenly, the chain broke. It slipped from the hypnotist's fingers and fell to the floor, breaking into a hundred pieces.

It took three days to clean up the Senior Citizens Center. 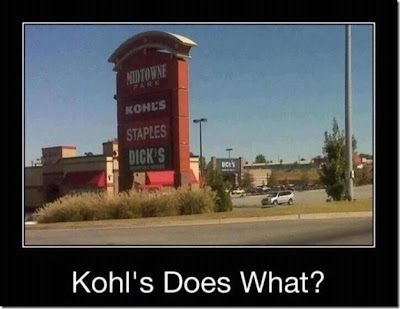 Dear Fellow quilters, even if you haven't done chemistry, I think you will
enjoy this......

Queens University researchers have discovered the heaviest element yet known

to science. The new element, Governmentium (symbol=Gv), has one neutron, 25


These 312 particles are held together by forces called morons, which are


Since Governmentium has no electrons, it is inert. However, it can be

detected, because it impedes every reaction with which it comes into

less than a second, to take from 4 days to 4 years to complete.

Governmentium has a normal half-life of 2 to 6 years. It does not decay, but

instead undergoes a reorganization in which a portion of the assistant


In fact, Governmentium's mass will actually increase over time, since each

reorganization will cause more morons to become neutrons, forming isodopes.


This characteristic of moron promotion leads some scientists to  believe

that Governmentium is formed whenever morons reach a critical

concentration. This hypothetical quantity is referred to as critical morass.

(symbol=Ad), an element that radiates just as much energy as Governmentium,

since it has half as many pillocks but twice as many morons.
--
Dr. Annick D. Ansselin
D'Entrecasteaux -------------------------------------------------------------------
A woman was having a daytime affair while her husband was at work. One rainy day she was in bed with her boyfriend when, to her horror, she heard her husband's car pull into the driveway.
'Oh my God - Hurry! Grab your clothes and jump out the window. My husband's home early!'
'I can't jump out the window. It's raining out there!'
'If my husband catches us in here, he'll kill us both!' she replied. 'He's got a hot temper and a gun, so the rain is the least of your problems!'
So the boyfriend scoots out of bed, grabs his clothes and jumps out the window! As he ran down the street in the pouring rain, he quickly discovered he had run right into the middle of the town's annual marathon, so he started running along beside the others, about 300 of them.
Being naked, with his clothes tucked under his arm, he tried to blend in as best he could. After a little while a small group of runners who had been watching him with some curiosity, jogged closer.
Do you always run in the nude?' one asked.
'Oh yes!' he replied, gasping in air. 'It feels so wonderfully free!'
Another runner moved a long side. 'Do you always run carrying your clothes with you under your arm?'
'Oh, yes' our friend answered breathlessly. 'That way I can get dressed right at the end of the run and get in my car to go home!'
Then a third runner cast his eyes a little lower and asked, 'Do you always wear a condom when you run?'

Smile for the day--Amazing Facts
If you yelled for 8 years, 7 months and 6 days you would have produced enough sound energy to heat one cup of coffee.

(Hardly seems worth it.)

If you farted consistently for 6 years and 9 months, enough gas is produced to create the energy of an atomic bomb.

The human heart creates enough pressure when it pumps out of the body to squirt blood 30 feet.

A cockroach will live nine days without its head before it starves to death. (Creepy.)

Banging your head against a wall uses 150 calories an hour.

(Don't try this at home; maybe at work.)

The male praying mantis cannot copulate while its head is attached to its body. The female initiates sex by ripping the male's head off.

The flea can jump 350 times its body length. It's like a human jumping the length of a football field.

(What could be so tasty on the bottom of a pond?)

Some lions mate over 50 times a day.

(I still can't believe that pig ...quality over quantity.)

Butterflies taste with their feet.

(Something I always wanted to know.)

The strongest muscle in the body is the tongue.

(If you're ambidextrous, do you split the difference?)

Elephants are the only animals that cannot jump.

(Okay, so that would be a good thing.)

A cat's urine glows under a black light.

(I wonder how much the government paid to figure that out.)

An ostrich's eye is bigger than its brain.

Starfish have no brains.

(If they switch, they'll live a lot longer.)

Humans and dolphins are the only species that have sex for pleasure. 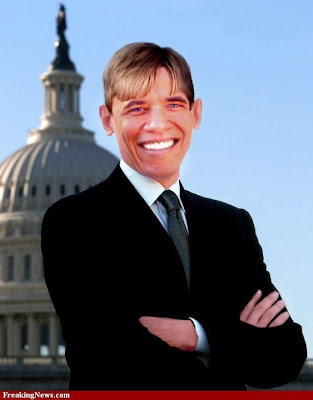 The boy asked, 'What is this Father?'
The father (never having seen an elevator) responded, 'Son, I have never seen anything like this in my life, I don't know what it is.'

While the boy and his father were watching with amazement, a fat old  lady in a wheel chair moved up to the moving walls and pressed a  button. The walls opened, and the lady rolled between them into a  small room. The walls closed and the boy and his father watched the small numbers above the walls light up sequentially.
They continued to watch until it reached the last number… and then the numbers began to light in the reverse order.
Finally the walls opened up again and a gorgeous 24-year-old blond stepped out.

The father, not taking his eyes off the young woman, said quietly to his son......

'Go get your Mother'