Another week of hard work is done. It's time to kick back and relax. 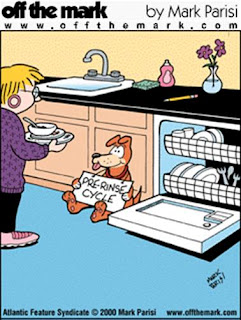 I will seek and find you.
I shall take you to bed and have my way with you

I will make you ache, shake & sweat until you moan & groan.

I will make you beg for mercy, beg for me to stop.

I will exhaust you to the point that you will be relieved when I'm finished with you.

And, when I am finished, you will be weak for days. 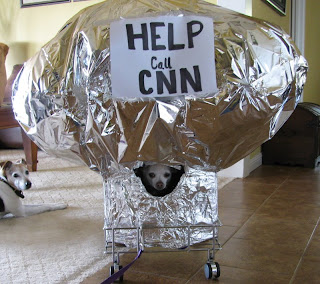 1. Causes you to send the same e-mail twice. Done that!

2. Causes you to send a blank e-mail !that too!

3. Causes you to send e-mail to the wrong person.yep!

4. Causes you to send it back to the person who sent it to you. Aha!

5. Causes you to forget to attach the attachment. Well darn!

SUDDENLY THERE WAS A BEEPING SOUND. THE YOUNG WOMAN PRESSED HER FOREARM AND THE
BEEP STOPPED.

THE OTHERS LOOKED AT HER QUESTIONINGLY. 'THAT WAS MY PAGER,' SHE SAID. I HAVE A MICROCHIP UNDER THE SKIN OF MY ARM.

A FEW MINUTES LATER, A PHONE RANG. THE SECOND YOUNG WOMAN LIFTED HER PALM TO HER EAR.

WHEN SHE FINISHED, SHE EXPLAINED, 'THAT WAS MY MOBILE PHONE.. I HAVE A MICROCHIP IN MY HAND.'

THE OLDER WOMAN FELT VERY LOW-TECH. NOT TO BE OUT DONE, SHE DECIDED SHE HAD TO DO SOMETHING JUST AS IMPRESSIVE. SHE STEPPED OUT OF THE SAUNA AND WENT TO THE BATHROOM..

SHE RETURNED WITH A PIECE OF TOILET PAPER HANGING FROM HER REAR END.

THE OTHERS RAISED THEIR EYEBROWS AND STARED AT HER. 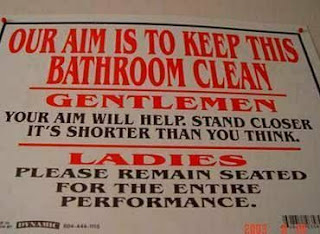 A sweet grandmother telephoned St. Joseph 's Hospital. She timidly asked, "Is it possible to speak to someone who can tell me how a patient is doing?"

The operator said, "I'll be glad to help, dear. What's the name and room number of the patient?"

The operator replied, "Let me put you on hold while I check with the nurse's station for that room."

After a few minutes, the operator returned to the phone and said, "I have good news. Her nurse just told me that Norma is doing well. Her blood pressure is fine; her blood work just came back normal and her physician, Dr. Cohen, has scheduled her to be discharged tomorrow."

The grandmother said, "Thank you. That's wonderful. I was so worried. God bless you for the good
news."

The operator replied, "You're more than welcome. Is Norma your daughter?"

A single guy decided life would be more fun if he had a pet.

So he went to the pet store and told the owner that he wanted to buy an unusual pet.

After some discussion, he finally bought a talking centipede, (100-legged bug), which came in a little white box to use for his house.

He took the box back home, found a good spot for the box, and decided he would start off by taking his new pet to church with him.

So he asked the centipede in the box,"Would you like to go to church
with me today? We will have a good time."

But there was no answer

from his new pet..

This bothered him a bit, but he waited a few minutes and then asked again, "How about going to church with me and receive blessings?"

But again, there was no answer from his new friend and pet.
So he waited a few minutes more, thinking about the situation.

The guy decided to invite the centipede one last time.

This time he put his face up against the centipede's house and shouted, "Hey, in there! Would you like to go to church with me and learn about God?" 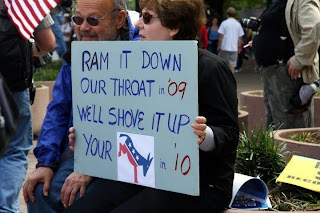 Have a great weekend.
Posted by hunter at 10:42 PM

As usual, they are all hysterical but I was particularly taken with the 'born before 1965' one.

I actually know someone that accidentally invited their husbands ex-wife to 'be their friend' on facebook. I howled over that one as I am also very inept using that medium.

I have no idea how the kids have the time to embrace everyone of these gadgets.

I'm still trying to find photos of my grand daughter on their facebook page - must be past my technological abilities. I find it all very confusing ...

MaryT, or Bec, since you have access to comment on HUNTER'S BLOG, please tell her for me that I sent her an email which will appeal to her. Thanks.

I cut off Jen's name. Sorry.